My name is Dwight Rudolph Alford.  I was born on 7th September 1978 in Cayo District to Rudolph and Ethnelda Alford, the oldest son of ten children (I have seven sisters and two brothers).  I spent all my childhood years in the Village of Blackman Eddy which is approximately 72 miles West of Belize City.

Having completed the mandatory primary school in my home village, I was not fortunate enough to advance with higher education so I went into learning a Carpentry trade at Ammico Construction Limited; this was an experience by itself. My time learning this new trade was very pleasurable and I found Carpentry quite interesting and it was something I enjoyed. After two years of learning experience, I was appointed Foreman of the company. This gave me the opportunity to work on some of the major construction projects throughout the entire Cayo District, some of which would later become primary residential homes. At the tender age of 18 years, the routine of building construction life was beginning to get monotonous and utterly boring, so I sought more challenging and adventurous employment. This was realized when I joined the Belizean Defence Force. On 11 May 1997, I sat and was successful on the entrance exam and I entered Recruit Training and 16 months later I passed out as a soldier. It was the beginning of a new career and a new chapter of my life. While serving my country it built up my self-esteem, I stepped up into the ranks and took my career to the next level by doing some vigorous and intense training both local and international.

During my career, I have held numerous appointments throughout the Force and I was always proud of my achievements. I have spent 23 years in the Force and reaching the end of my military service, I was offered to take a resettlement program. I chose the Cayo Center for Employment Training (CET) where I was given the opportunity to study Air Conditioning (AC) and Refrigeration for nine months. Attending school at the age of 39 was no big deal for me and as the oldest person in the class, I was always willing to share my experience with my peers. I enjoyed my entire time studying at Cayo CET and it was self-satisfying when I graduated. After graduating, I went back to finish off my career when 8 months later I received a call from the manager of Cayo CET offering me an opportunity to become an AC & Refrigeration Instructor. Even though I knew it was going to be a challenge I accepted the offer because it was going to benefit me and make me stronger in teaching and gaining more experience. Thus far I am having a great time.

I have an adorable common-law wife and three wonderful daughters.  One of my aspirations is to become an AC/engineer before retirement.  My hobbies include swimming, football, fishing, and hunting. 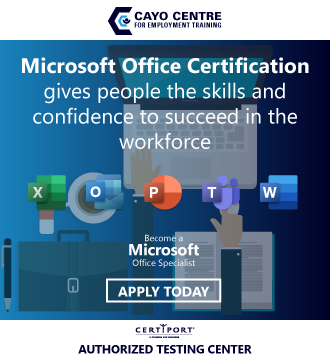